Following its surprisingly warm reception at Ludum Dare (thanks so much to everyone for such amazing feedback), I’m currently doing some further development work on the Duellists. Currently the most major change is the graphics, as I’ve decided to see what happened if I ramped up the pixel definition by 2 and removed the 16 colour limit. You can see a split-screen comparison with a current test version below:

I’m quite happy with how it’s turning out so far. I should have most of the graphics converted over by tonight, then it’s back to work on the gameplay. It’s looking like Sunday for the release of Alpha 2, here’s a few highlights of what to expect:

In case you’re wondering about the currency, it’s just video game play money. I don’t sell virtual currency and I don’t believe in IAP bullshit either. A scoring system based on betting Guineas just seemed to fit with the theme.

Regarding multiplayer, local multi will be coming soon, not this update but maybe the next. Online is going to be much more of a pain but I know there’s quite a few people who’d like to see it so I’ll see what I can do. There’s also going to be an android port (probably for alpha 3) once I get a control system sorted out.

If you have any comments or feedback, as always I’d love to hear it. I want to try and make this as good a game as I can, and every little helps.

Another month, another Game Jam. August marks my first ever attempt at the Ludum Dare 48-hour design competition, and in a nice change from last month’s events, I actually met my deadline this time.

So here’s a new mini-game for you all, a tale of two shady Generals and their ten trusty Seconds, otherwise known as The Duellists. 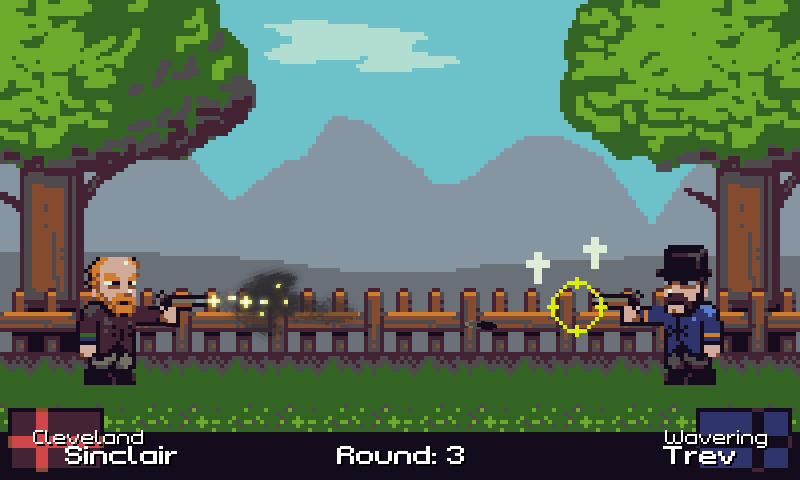 More info and a proper game page to come soon, but for the time being you can grab it from GameJolt in both downloadable and web versions. Hope you like it : )

@dominictarason @richardcobbett @WordMercenary technically yeah, but feels like it's been losing that definition for a while now. - 3 days ago

@Blerkotron @YourSinclairRRY agreed, some kind of wiki or other user-editable archive would be a great way to go - 3 days ago